In it, we see Oscar-winning producer Marty Maltzman and his staff out of a job – and out on the streets – when long-running docu-series Lights and Sirens is unexpectedly axed. But the Hollywood the team now faces is full of Kardashians and Real Housewives, and they need to survive in a world where it’s very hard to tell what’s true and what isn’t – both on and off screen.

Oscar and Emmy winning documentarian and veteran reality producer (Big Brother, Rescue 911) Arnold Shapiro called the novel “the best satirical look behind the scenes of reality television ever written”, adding: “It contains more truth than you would believe.”

“What the hell do you think you’re doing?” Jerry asked “What did I tell you about getting serious with actresses?”

Jerry sighed. After all, it had been Jerry himself who, twenty-five years earlier, had schooled Marty on the industry distinction between a working actor and a common wanabee actor: genus and species Opus Ludius versus the ubiquitous Vacuus Ludius. According to Jerry and those jaded above-the-liners who subscribed to his philosophy, the second type could be found at any time of day or night: at the gym, sculpting their impossibly flawless physiques; at Starbucks, pecking out star vehicle screenplays on their laptops; at clubs and industry parties, seeking access to the plush lifestyles to which they aspired. Some of the more industrious among them were waiting tables in Santa Monica and West Hollywood, ushering at the Arclight Hollywood or Sherman Oaks, or guiding tour busses though the Universal Studios back lot, hoping to make an impression in a more productive way. There were many, however, who always seemed to be just scraping by; living off the largess of parents, roommates, lovers, sugar daddies or mommies. Most of them were extremely good looking, young, and famously flighty.

Working actors, Opus Ludii, were a different species altogether. They had real agents and managers who didn’t work out of their apartments. They were known by at least a couple of the major casting agents in town. Working actors had the training to prove that they viewed their careers as art and craft rather than as fame vehicle. They spent more of their free time in classes and workshops than in gyms and plastic surgeon’s offices, haunted the new play section at the Samuel French bookshop, and earned at least enough income from acting in a given year to qualify for the Screen Actor’s Guild health insurance program. Some of them even had homes, families, and relatively normal lives outside of work. 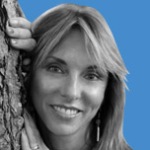 tier has been honored for her film and television writing, producing and directing with two Emmys, a Peabody, Humanitas and more than 50 other awards and nominations.

Melissa is a co-founder of Burbank-based MPH Entertainment, Inc, which has created over 350 hours of original non-fiction and reality programming.

Her dramatic work includes writing the Lifetime movie Nightwaves, and the episode The Collector for the hit CBS series Ghost Whisperer.

Most recently, she produced the festival-winning indie feature White Irish Drinkers for New York-based Ovington Avenue Productions, of which she is also a principal with her husband, film/TV writer/director John Gray.